Houn Kanha is sponsored by Don Rosenfeldt from Sydney, Australia  at US$50 per month. Kanha is a girl born in 2008 and lives in No Truck village with her parents. Her father is a fisherman and her mother is a house wife. She has one younger sister. In the future, she wants to be a teacher. 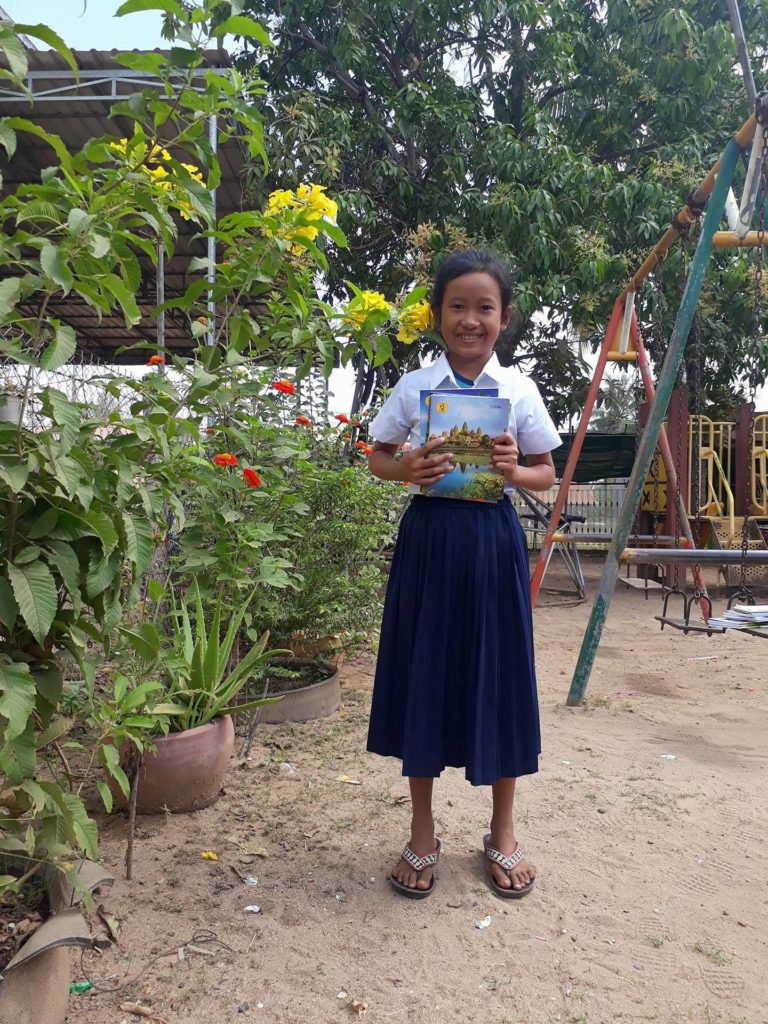 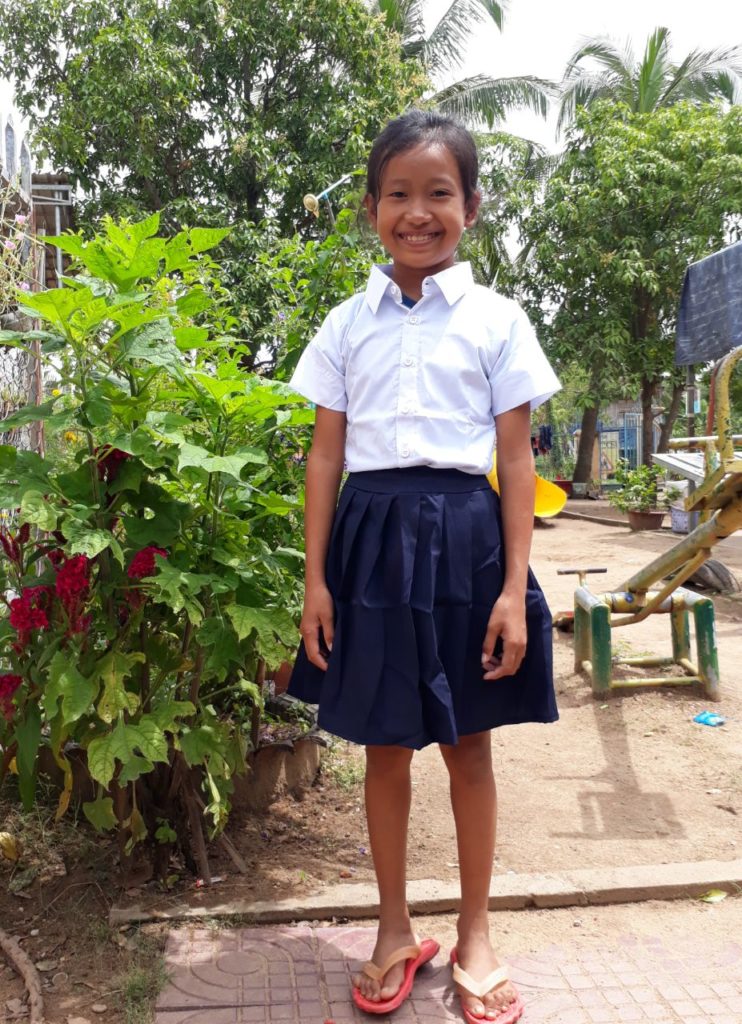 Kanha is very happy with her a new school uniform – 25th October, 2018

Kanha graduated from grade 5 and has moved to grade 6 at government school. She got new set of school uniform and notebooks – 20th October, 2018 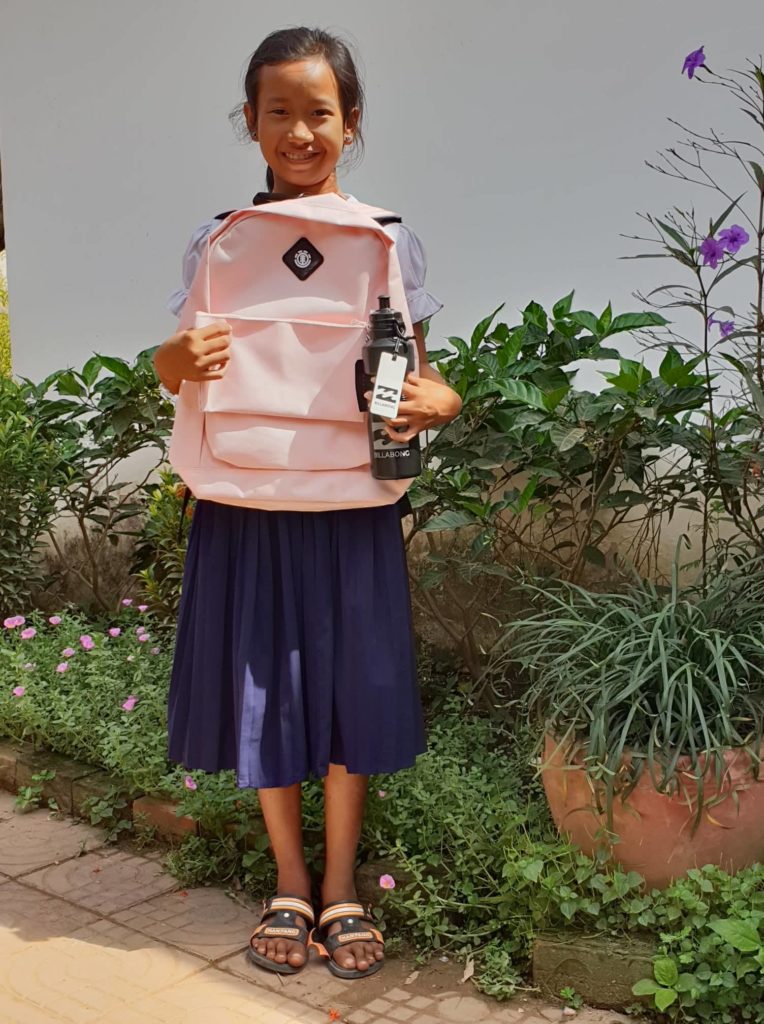 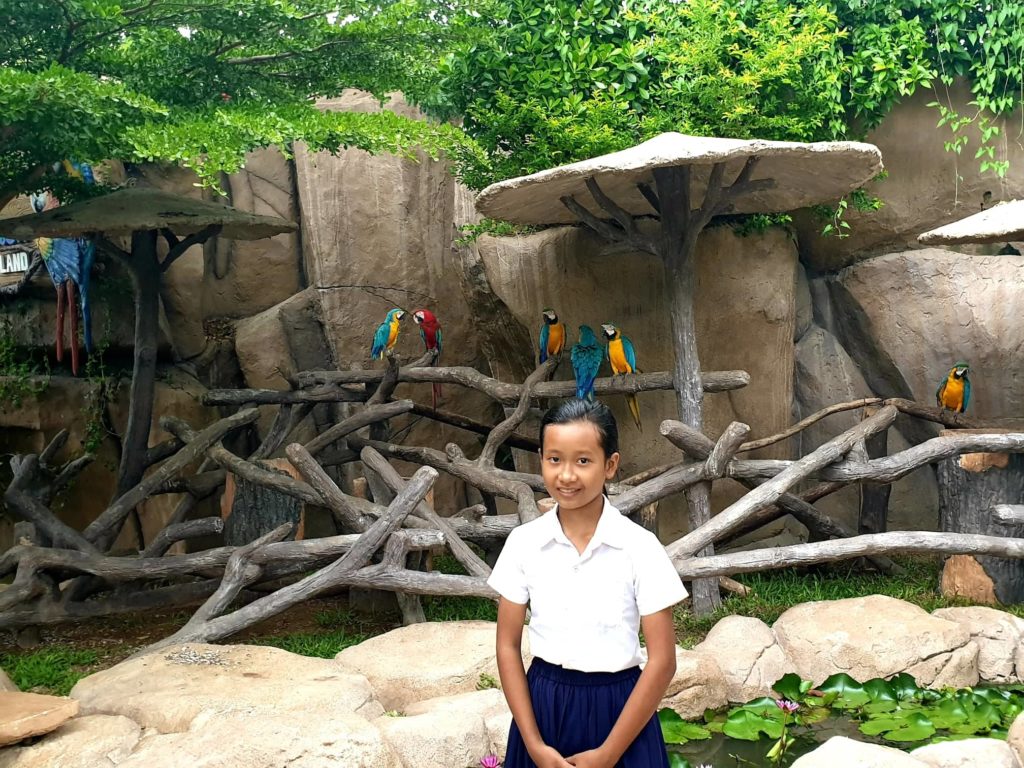 Kanha has passed her final English and Compter test for her Group B level and has moved to a higher lever (Group A). She was 1 of the top 10 students so she won a prize by having a trip to Phnom Penh Safari – 25th May, 2019 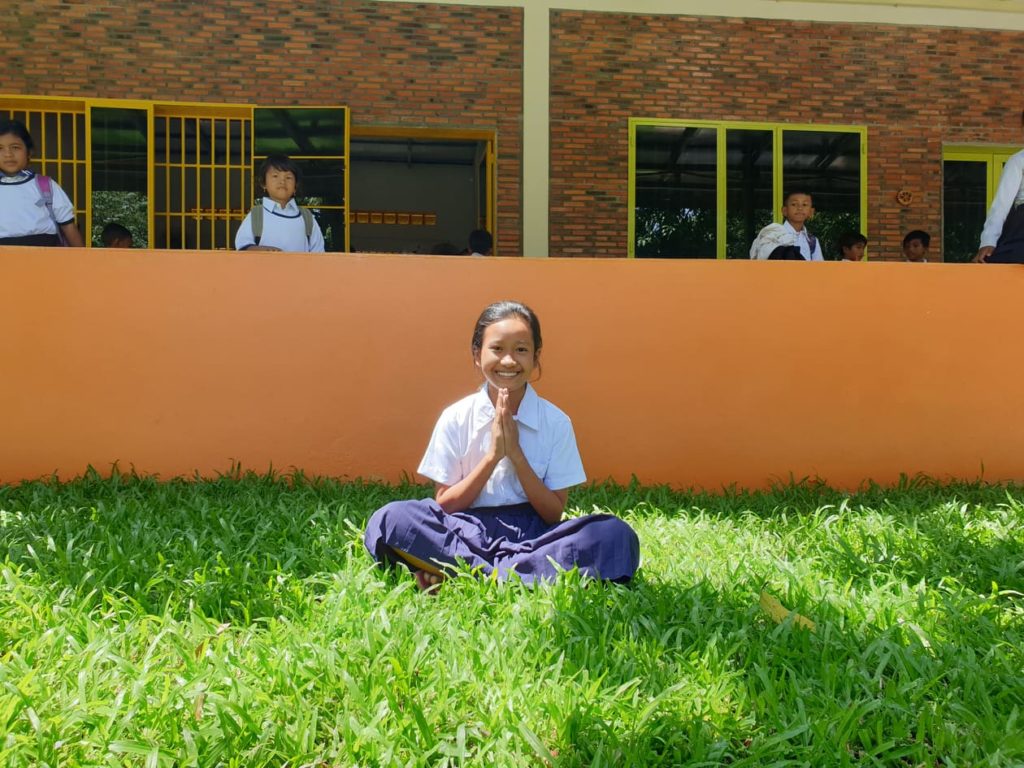