For the year 2013/2014 many changes have taken place.
Staff:
We have reduced the staff in the sewing room to three, so now we have a total of 16 Khmer on the payroll. This is a reduction from the previous year and includes 2 part time accountants.
Project 365:
A new project in Phnom Penh and very successful we pay for students and apprentices accommodation, food, transport, uniforms and their fees etc. and provide a live in manager. Two village girls successfully completed a one year hair and beauty course with “Open Arms”, fully sponsored by CHOICE. Both very competent and now employed in Phnom Penh. We have established a hair salon at the CHOICE Center for a training workshop and for volunteer Hairdressers to cut hair for villagers and their children.
Currently we have 3 boys again fully sponsored by CHOICE attending JVC and undertaking a Motor Mechanics apprenticeship. We are considering sponsoring one more boy if we can get a sponsor.
University Scholarships, we have 3 village girls, 2 living in the P365 house and fully sponsored by CHOICE, attending Universities in P/Penh, 2 are doing English Literature and one is a Medical student. Again one more village student on the waiting list if we can raise enough funds.
Sewing Project:
We have trained 7 Village women, some are now working in Garment Factories, and we have retained 3 for now and trying to arrange marketing for them through CFG and GWC.
Medical/Dental:
Rudi Smith must have treated more than a 1000 patients from the Village this year at the CHOICE clinics. As well we have taken more than 100 patients to Hospital for treatment, mostly children. There were two elderly blind Khmer; they had their eyesight restored with laser treatment. Many more people were treated locally, a lot with typhoid and several births, their bills were paid by CHOICE. Dr. Evelien Hoedemaker, our volunteer dentist, has treated at least 100 in the dental clinic at the Center.
The water run always proves to be the best form of medicine for the Villages; we hardly ever see diarrhoea now, and over time will save many lives from Arsenic poisoning. More birth control for women, at least a dozen this past year. We still have many new babies born in the Villages and the need for formula milk is ongoing and expensive for us.
Education:
We employ 5 teachers, the children’s English is improving all the time, and their computer skills are extremely good, we are now connected to the internet. On average we are feeding 100 children and staff each weekday and every second Saturday. CFS provides for most of this and each meal includes fruit.
Transport:
CFG bought us a new Truck in December 2013 for transport of the children and for water deliveries, it’s going well. The old truck was costing us a lot and always breaking down so we sold it. We want to sell the Remok as its dangerous and not needed now with the bigger truck. We do need a large tuk tuk for taking day time patients to Hospital and transport for smaller Village groups.
Volunteers:
We have on going and valuable support from numerous Volunteer groups and individuals around the world, too many to mention and I dare not in case I miss some. These volunteers are the backbone of CHOICE without them we would collapse. The committee are grateful for the good work and support given by all our Volunteers.
“Voluntourism” or “Volunteerism” as it’s known in Cambodia is a growing problem and respectable organizations here unite in a campaign to fight the problem. At CHOICE we decided to increase the price of a daily trip to the Center from $5 to $15. It has worked, now we have reduced the number of volunteers, and we only attract the more serious Volunteer. The campaign slogan here says something like “Do not put our Children in a glass cage, it is not a zoo”. We need the “Serious Volunteers” that want to help the children, not “Pop in Volunteers” that want to help themselves.
Abbreviations:
Choice Family Singapore (CFS), Choice Family Germany (CFG) and Choice Family Australia (CFA), Georgia’s Worldwide Charity (GWC).
Ross Wright
Secretary
CHOICE Cambodia

We need a Sponsor for Vanak, US$75 per month can you help.

On the 4th July and at the local clinic in the province, 29yo Pov Vanak gave birth to a Baby boy. I received a call for help the next day, in order for Vanak to be released with her new son, a bill of US$25 had to be paid. On behalf of CHOICE I paid the bill, then everyone insisted I name the baby, so he is Liam after one of my Grandsons, oddly enough the babies cousin is Lam.
Vanak is a deserted wife with 3 other children Tola and Lili (girls) and Ty a boy. It is unfortunate that sometimes these women have to prostetute themselves in order for them to survive. Vanak cannot breast feed so CHOICE will provide 4 cans of Formula milk each month ($45) and a bag of rice each month as Vanak cannot work now. We gave Liam a supply of donated baby clothes and a knitwear outfit and formula milk. 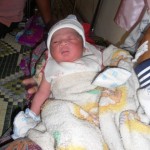 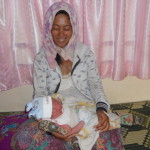 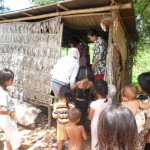 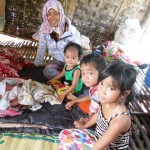 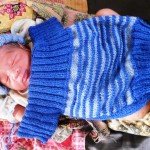 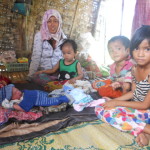