The PSI Physiotherapy center is closing down for the P’Chum Ben Festival, all the staff  have a few weeks break. For this reason we are taking Sokha and Channy back to their hut until the festival is over.
P’Chum Ben is an important Religious Ceremoney held in Cambodia each year. The festival lasts for fifteen days and everyone remembers the spirit of dead relatives. This year the ceremony officially falls on 26th, 27th and 28th September, but celebrations take place for a week or so either side of these dates.
Please check with Richard at Chivas Shack, to see if Village Trips are able to be held during P’Chum Ben. 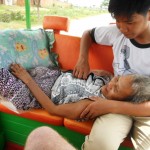 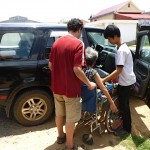 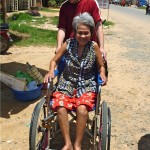 The month is up and the women given birth control measures were picked up earlier this time from the Village and taken back to the clinic for their check-up. A few extra women that had previously missed the first clinical trip came along to receive the procedure. As usual they brought along several of their children who always enjoy a ride in the truck. Again a very good day and we were all pleased in getting home a lot earlier than the last time. Many thanks to all our Donors who enable us to pay for this. 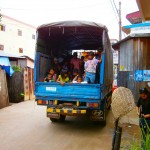 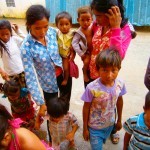 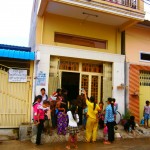 For some time now some Village women have been asking us to help them with Birth Control measures as their partners will not wear condoms. Twenty one year old Choy has four children and another women has ten children. These two are just some of the women who want Birth Control measures as they cannot afford to keep more children. CHOICE approached P.S.I. (Population Services International) a world wide organization to ask for their assistance. They offered to advise, instruct and fit birth control measures. CHOICE had to pay for the procedure and device as well as bring the women into Phnom Penh. We were given Birth Control Literature written in Khmer to hand out to the Village women. A few weeks later we brought staff from PSI to the Village to explain the different methods and answer any questions. Finally on the 12th August we took 20 women and 16 of their small children/babies to the Sun Quality Health Clinic in Phnom Penh. Female Doctors and Nurses from PSI again spoke with the women before a particular procedure was provided. Unfortunately 5 women were not acceptable, 15 chose either the 5 year implant or the I.U.D. CHOICE will bring them in again in a month for a check up. Meanwhile we gave water and food to those who were patiently waiting outside. We were impressed by the professionalism of PSI and the manner in which their staff operated, many thanks to them from us all. It was a very long day for us all, the women got back to their Villages around 8.30pm and an hour later before the truck was back in Phnom Penh. 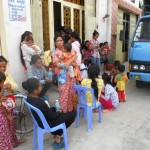 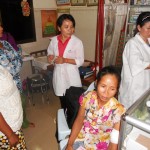 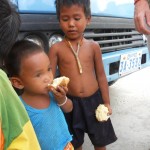 The house that we paid to be built is almost finished, we just need to get some guttering and piping to feed to water urns yet to be given. Thanks to our sponsors this family will be able to survive together. 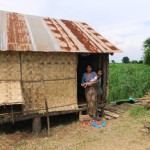 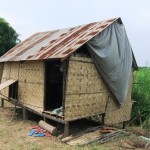 We visited the mother of the twins today, her name is Tuan Shorn the baby twin boys are Sambo and Sambat. Her older boys are Terra 6 and Rudda 4, the Grandmother is Ian Nee.
The older boys have never been to school but with the money from the sponors they will be able to start when the next term begins.
Photo’s of their new hut show that it’s well on the way and will be finished soon, when it’s completed we will give them pots and pans etc.
The House is being built using secondhand materials where possible, the neighbor has allowed us to build the house on their land. 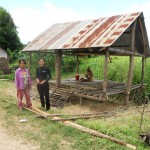 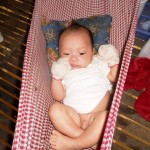 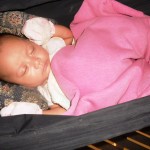