Soeun Sreypao is sponsored by Natasha Lewis and Joe Hostead from England began from 16th June, 2018 at US$50 per month. 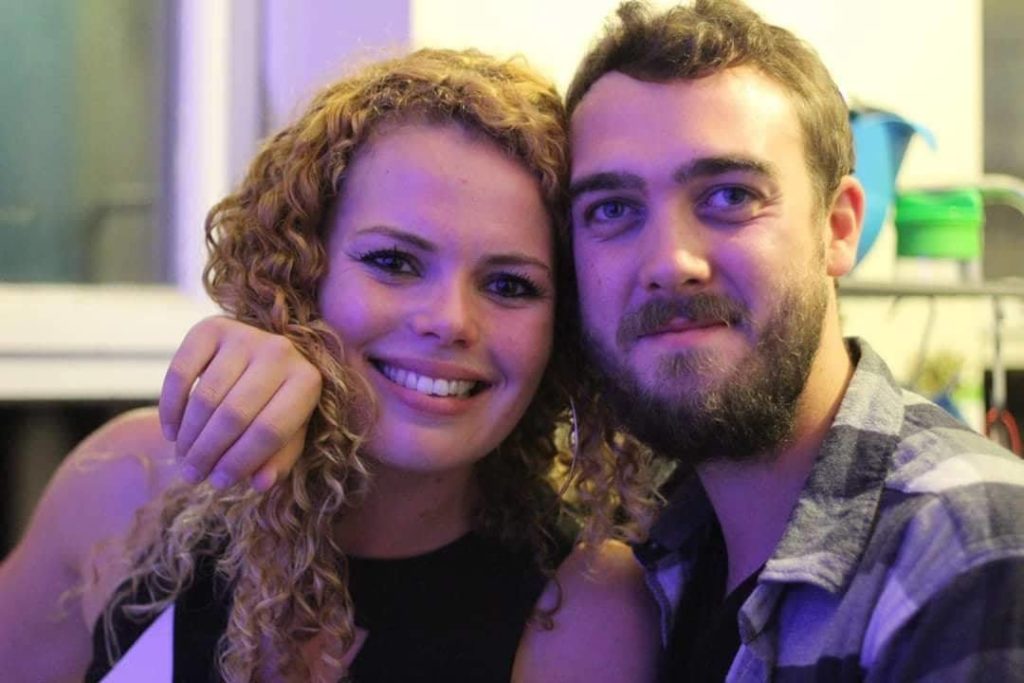 Sreypao is a 6-year-old girl in Kinder (born in 2012) and she lives with her parents in Angela village. She has one younger brother and 3 younger sisters. Her father is a farmer and her mother works in a garment factory. In her free time, she likes to play cooking games with her friends. In the future, she wants to be a doctor. 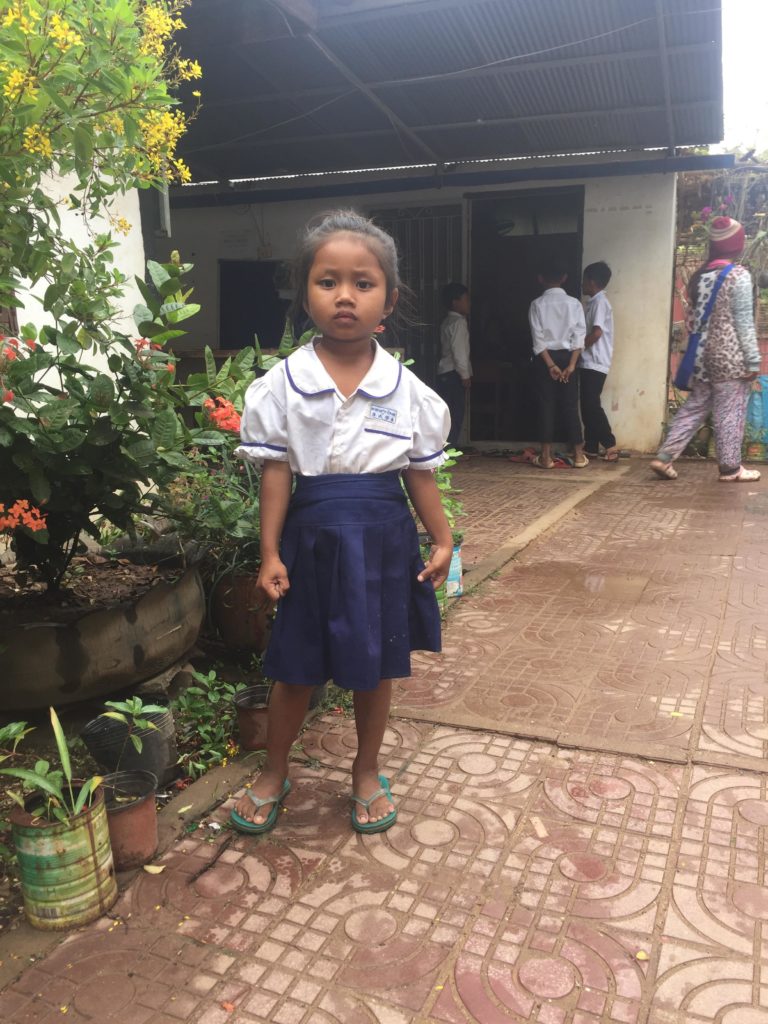 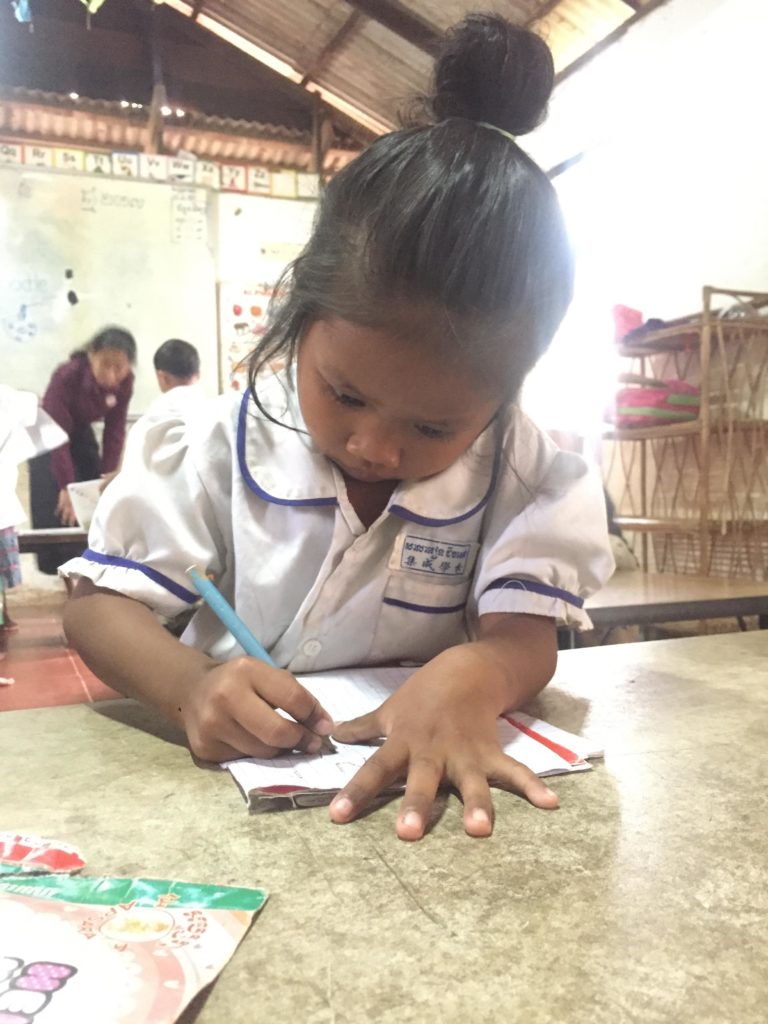 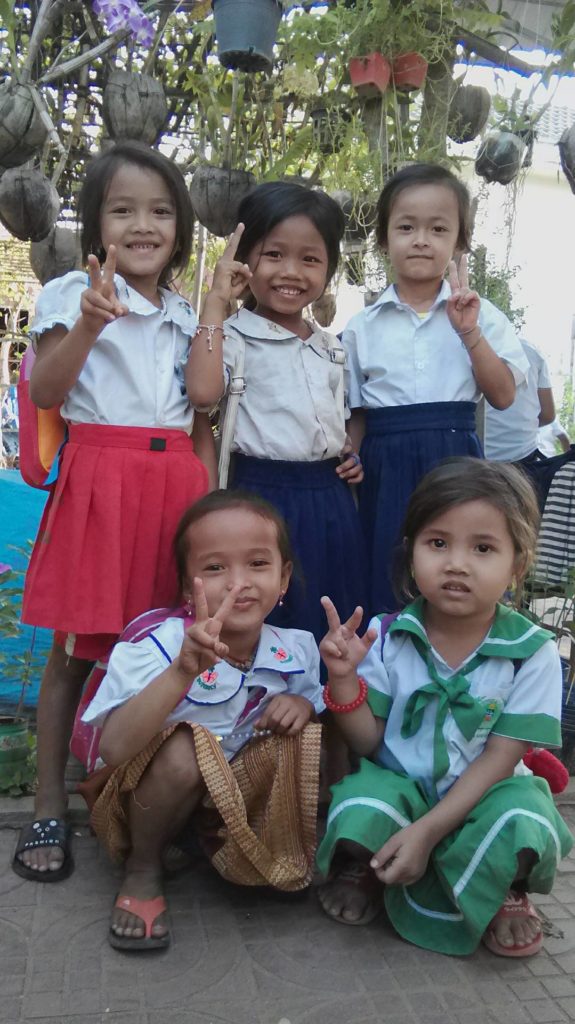 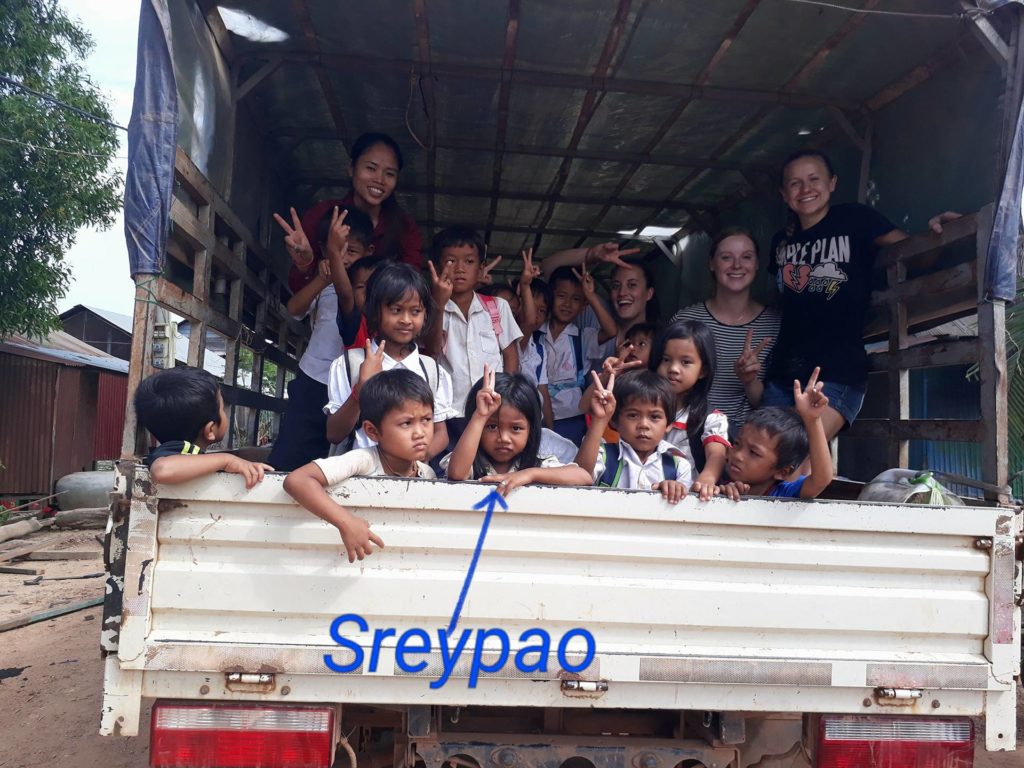 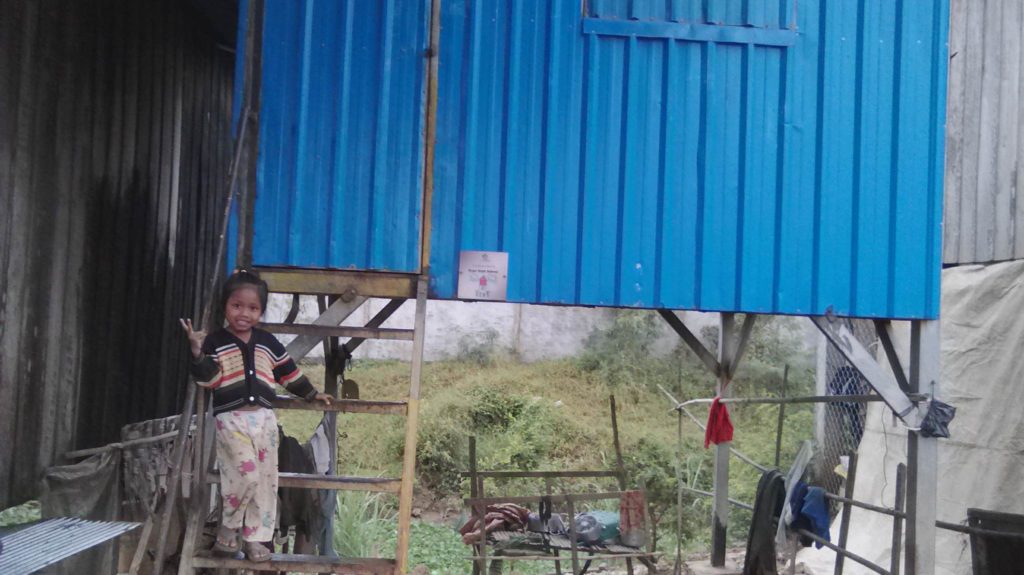 Sreypao outside her home in Angela village – 26th December, 2017 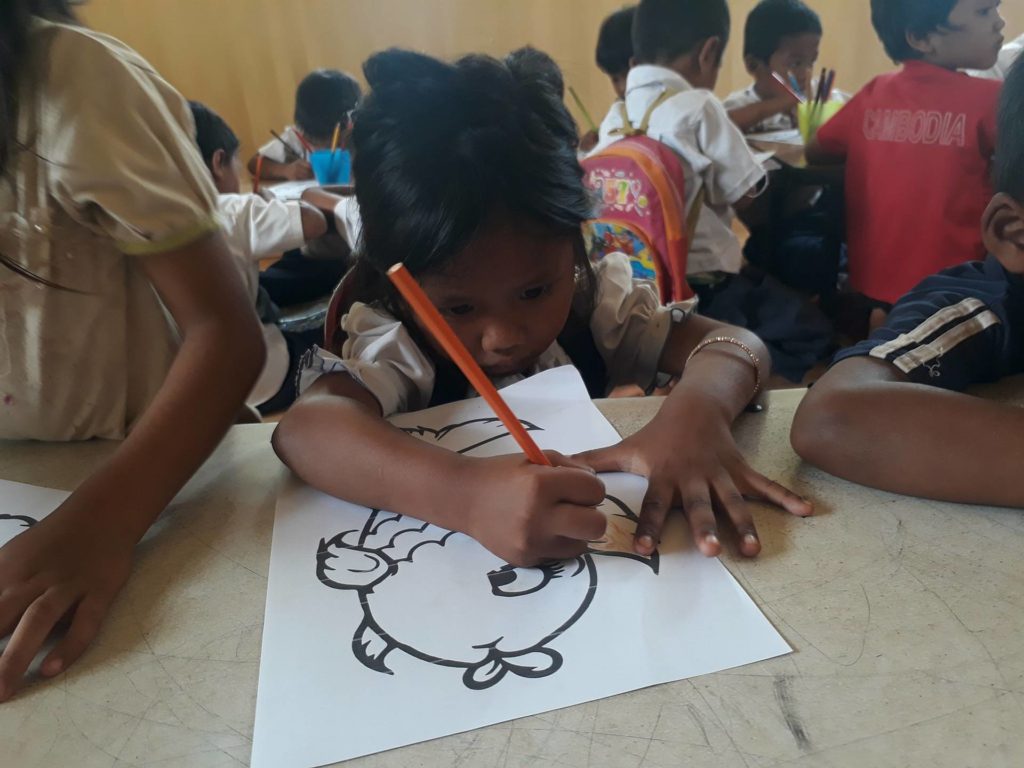 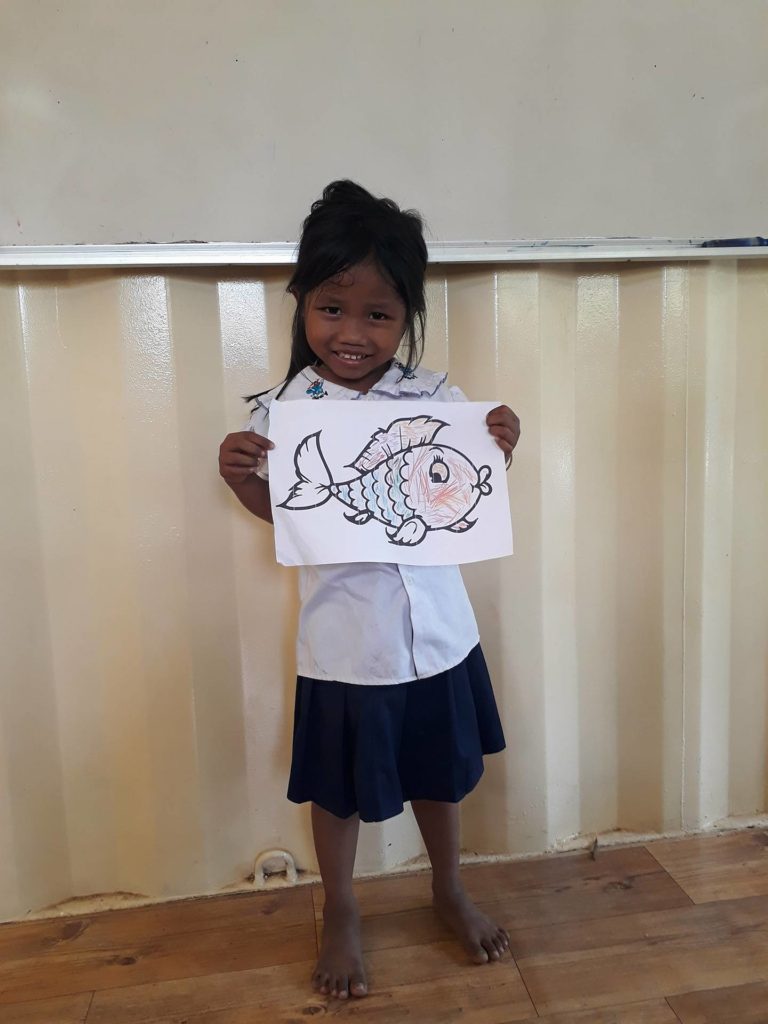 Sreypao at the new kindergarten, with her colored fish – 1st February, 2018 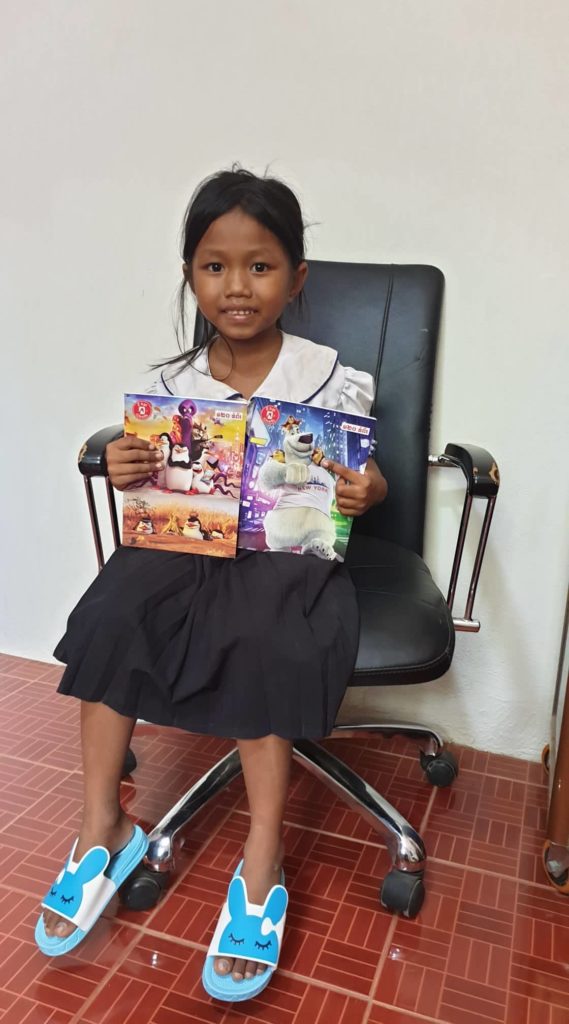 Sreypao has revieved a new pair of shoes and some notebooks from Natasha  and Joe  5th April, 2019 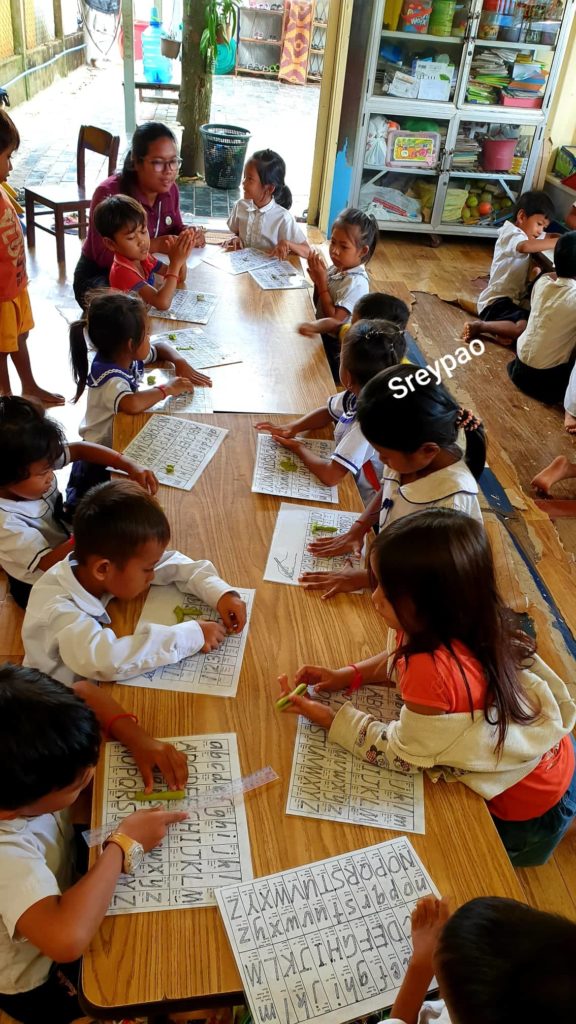 Sreypao and her friends are enjoying making letters from plasticine – 26th June, 2019