Thorn Sreyneth is sponsored by Rob from England for US$50 per month.

Sreyneth was born in April 2007. She has only one younger brother. Her mom lelf her when she was 2.5 years old and her younger brother was only 6 months and she never comes back to see them again. Her dad came to visit her and her brother 3 years ago and never comes back again too. She is living with her grandparents in No Truck village. In the evenings, her grandmother is tasked with preparing food for the whole family.

Every week day, Sreyneth makes the trip to the Choice centre in the Choice water truck. She studies in grade 2 at government school.

Much of her free time is spent washing clothes for her family members. Despite her devotion to helping at home, she still finds time for running, reading and drawing.

A girl who has deep respect for her teachers, Sreyneth’s aspiration is to follow in their footsteps. She may indeed be a Choice English teacher in years to come. 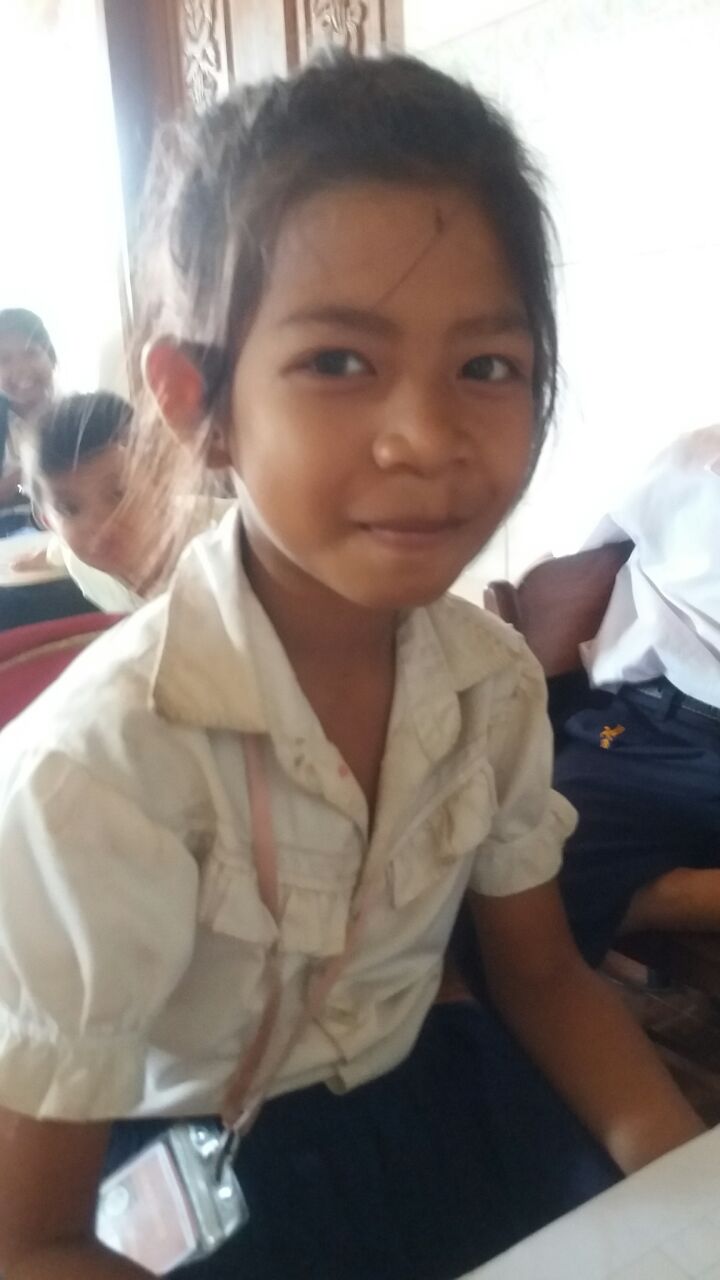 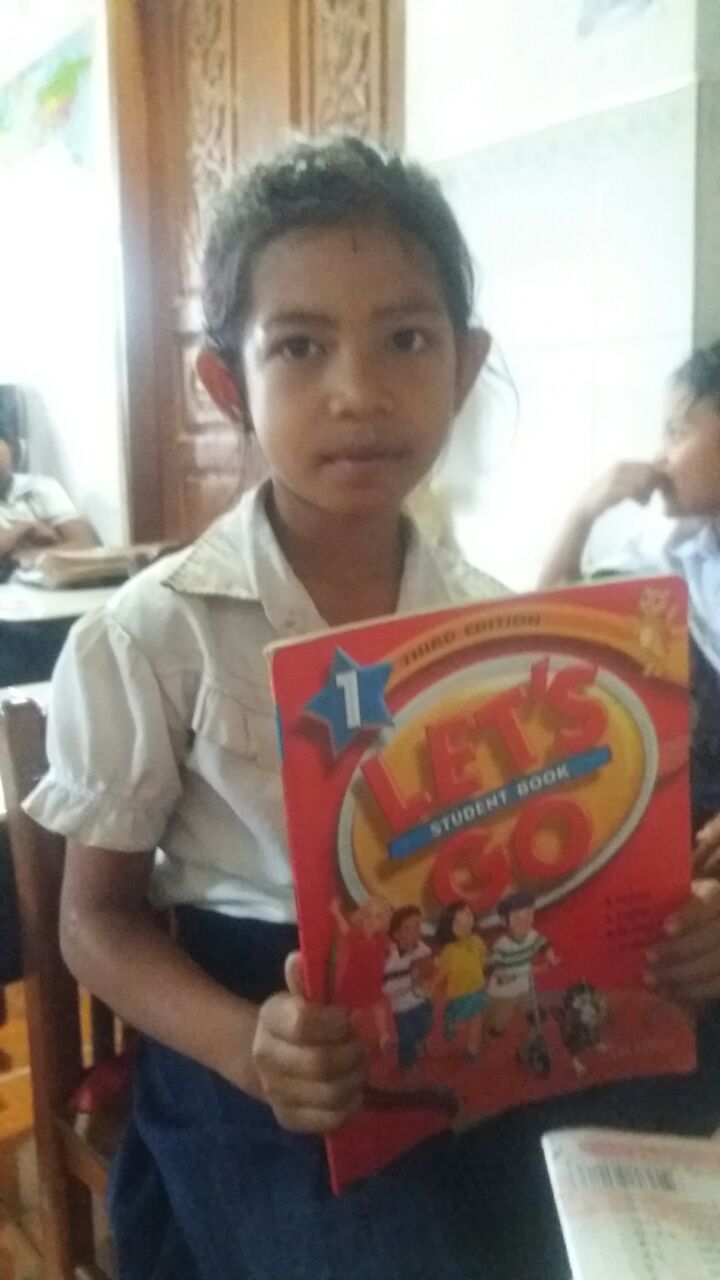 Sreyneth is a happy and quiet girl but she becomes more confident and talkative now. Her grandparents brought her to live in another province and she missed the class about a week. Luckily her grandparents decided to come back to the village and let her come back to class. Finally, she still managed to pass her English exam. 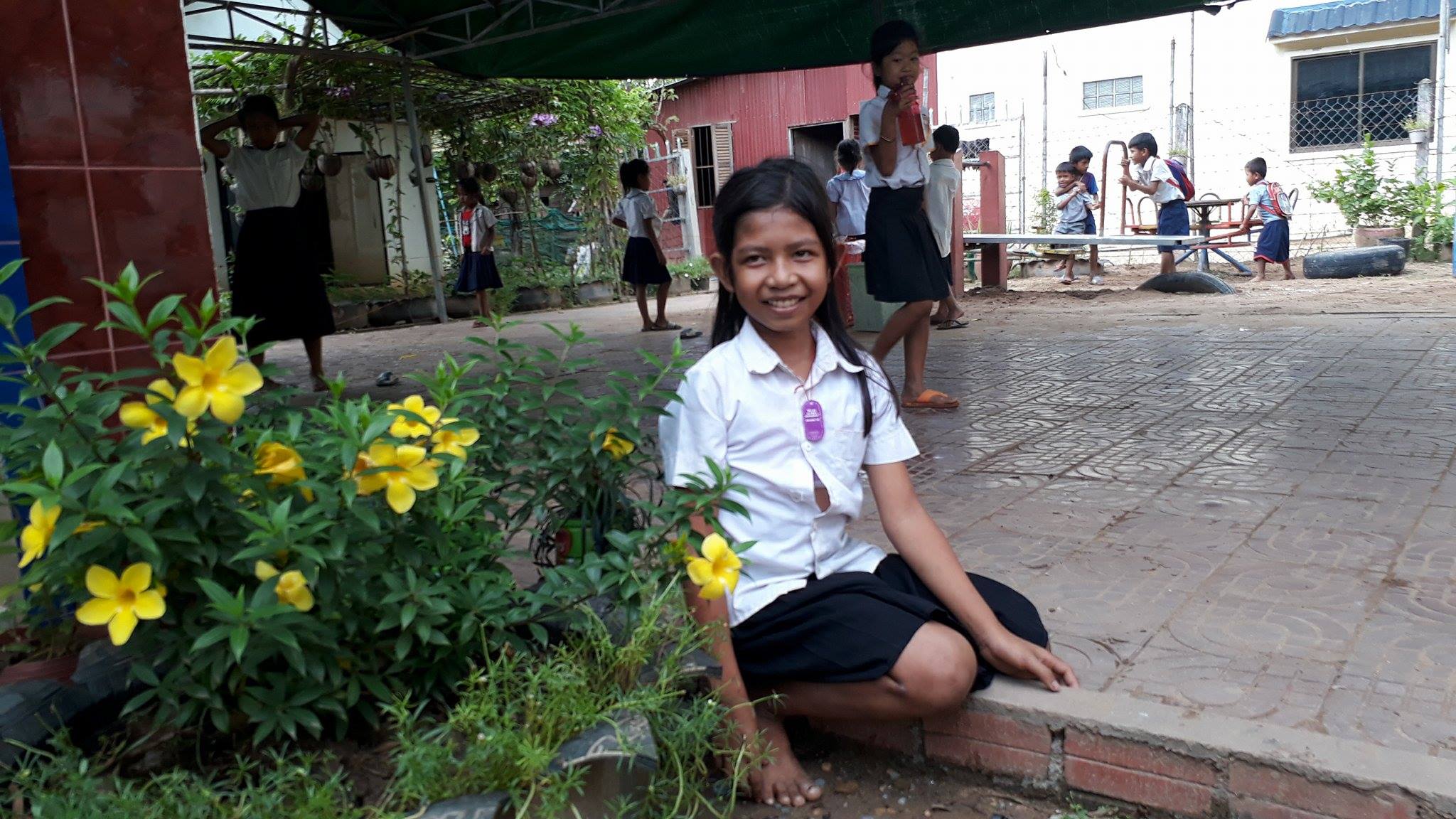 Photo was taken in early August 2017 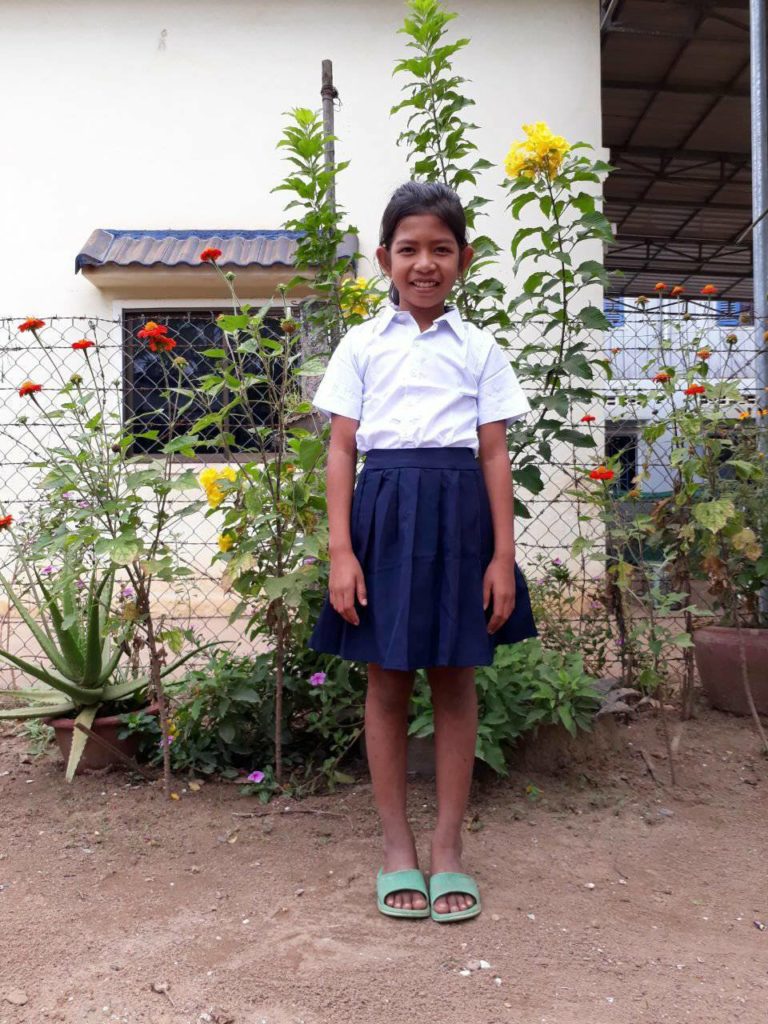 Sreyneth has passed her Phonics and English exams in Grade 3 and she moved to Group C. She continues to learn more advanced English and Phonics and now also starts to learn computing. She is so excited with her computer class. She is currently learning to use a Qwerty keyboard and remembering its layout and is improving day by day. 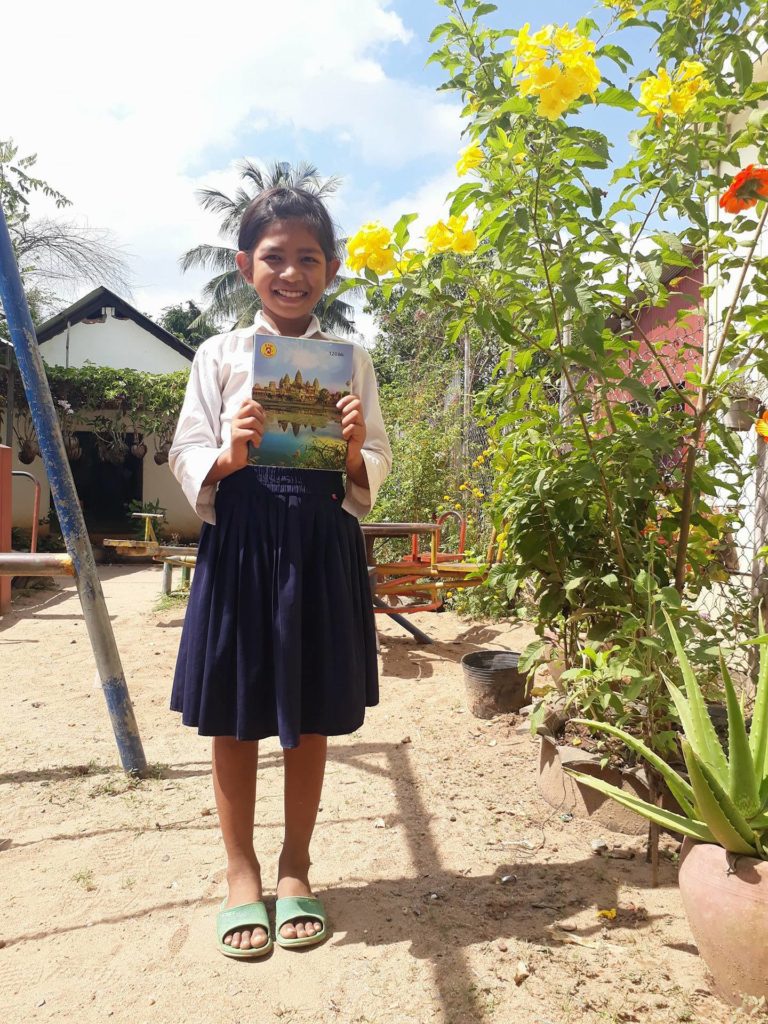 Sreyneth is ready for her government school, she receives 8 notebooks for grade 4.

Sreyneth is doing really good at government school. She passed grade 3 and moved to grade 4 this year. 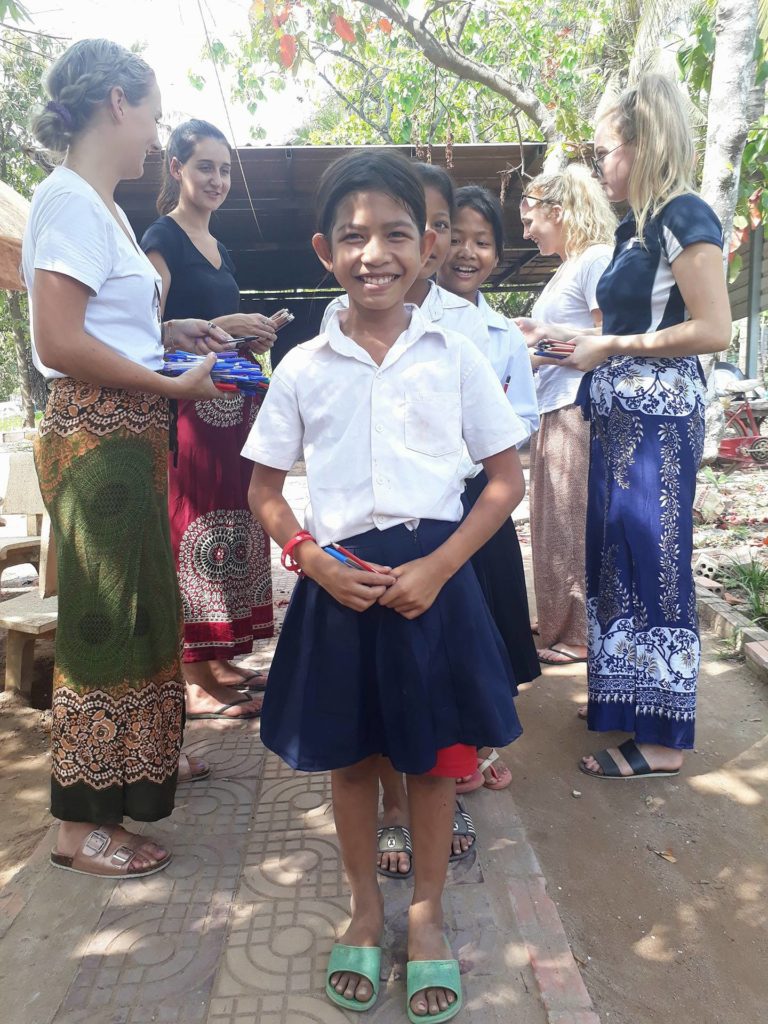 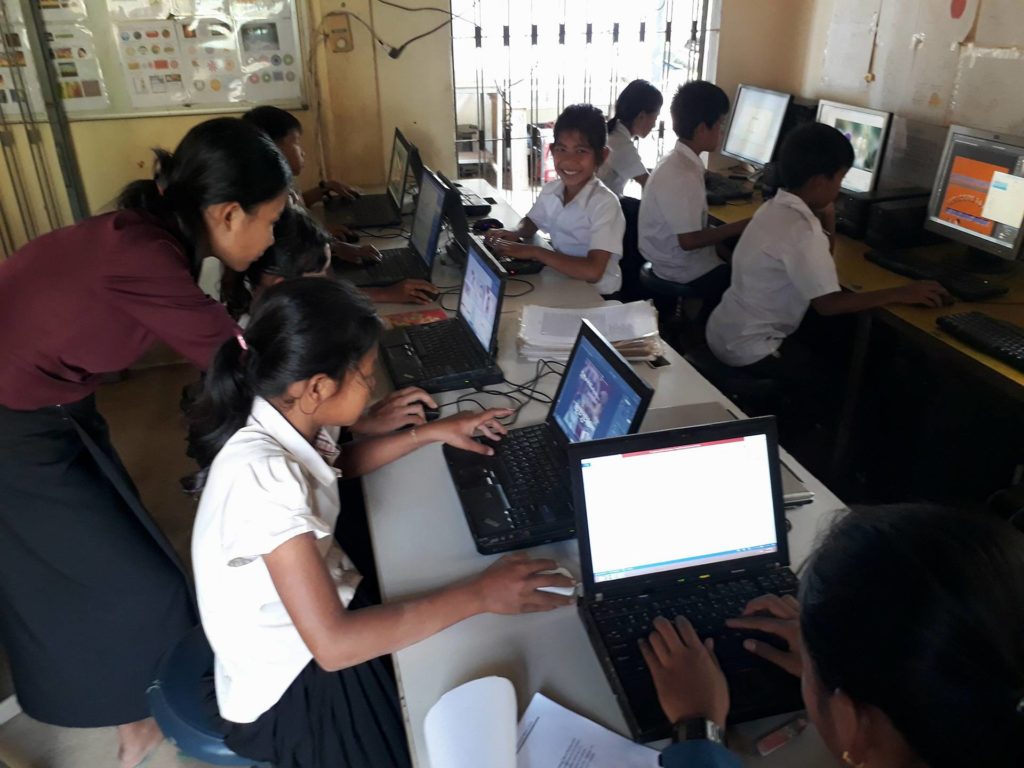 Sreyneth is becoming an expert with Qwerty keyboards, she can type in English without looking at the keyboard and now she is learning how to type Khmer language by using English keyboard. She has to memorise which English letter represents each Khmer letter. A challenging skill to learn but very useful for her – 9th February, 2018 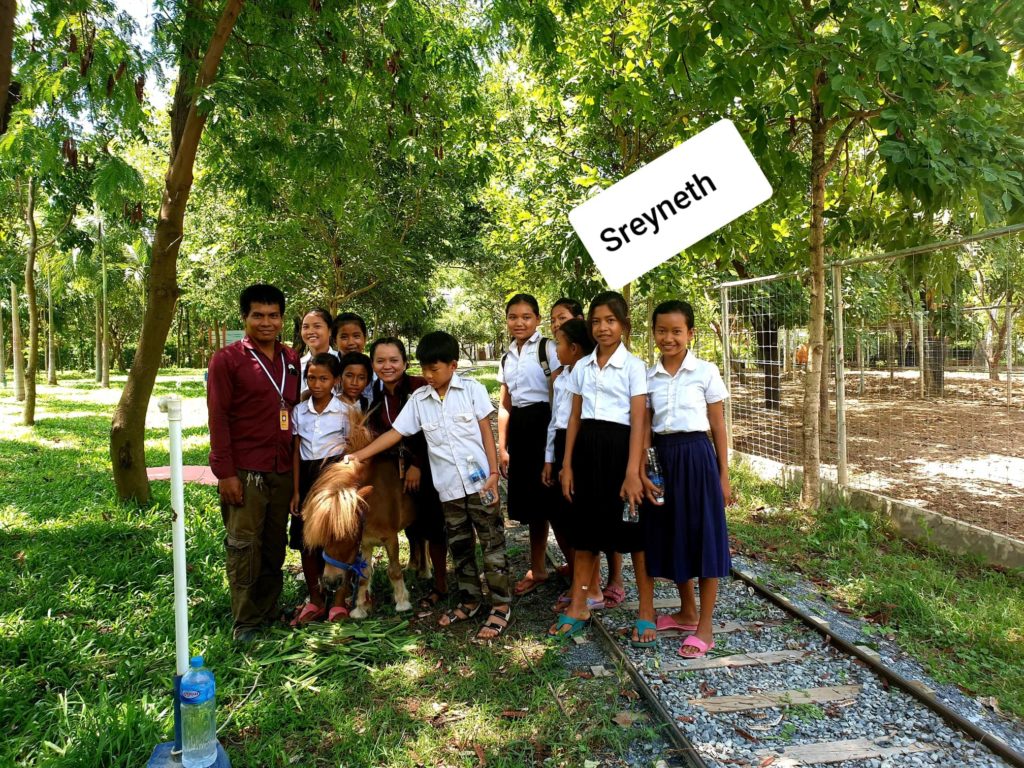 Sreyneth and her friends had an amazing day at Safari Phnom Penh – 25th May, 2019

January 2021. Neth has now reached grade 7 at her government school, which means she now attends there for the whole day. Whenever a Choice student reaches grade 7 they no longer have a half day spare to attend Choice school, so that’s when they leave Choice. Neth has been a top student at Choice.

We still provide transport support for her to government school and medical care for her and family. If at anytime she wants an apprenticeship we would help her, if she passes year 12 we would like to provide a scholarship to advance her career, this is what we like to be able to do. “KINDER TO CAREER”.

Since officially leaving Choice, Neth has had few odd days recently when she is unable to go to government but instead took the opportunity to visit Choice and join a class.

Many thanks to specialized teacher Amy Lyall and Adam Parker from England, both have volunteered their services to CHOICE for a month. Pictured below is Amy giving Phonics training to our Khmer staff, Dara is in attendance as well. The Khmer staff have given their time to CHOICE as today, Friday 20th May is a Public Holiday. 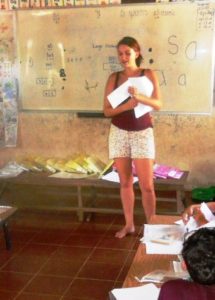 Lily Pheab is a charming little girl aged 4, she wins every ones heart. She was originally sponsored by Richard Jones from Wales at US$50 per month. He started on 1/08/2014 and finished in March 2016. Lory and Max from Italy have taken over this sponsorship from April 2016. 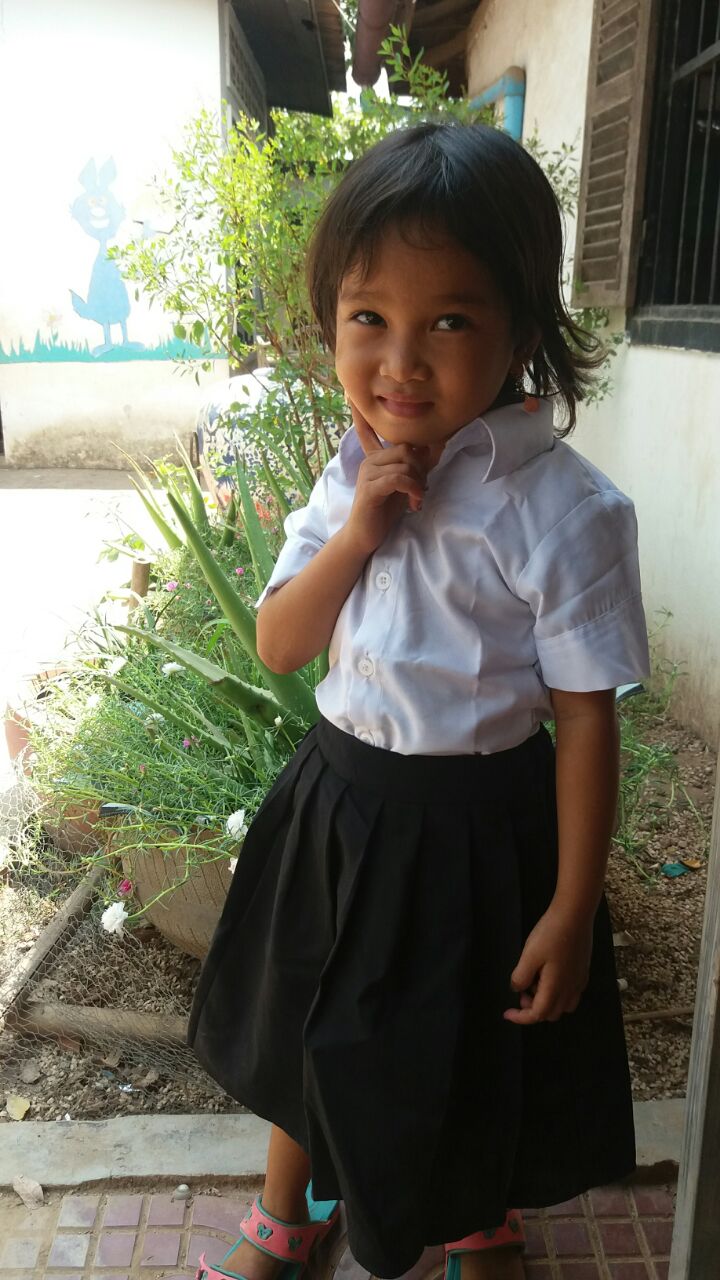 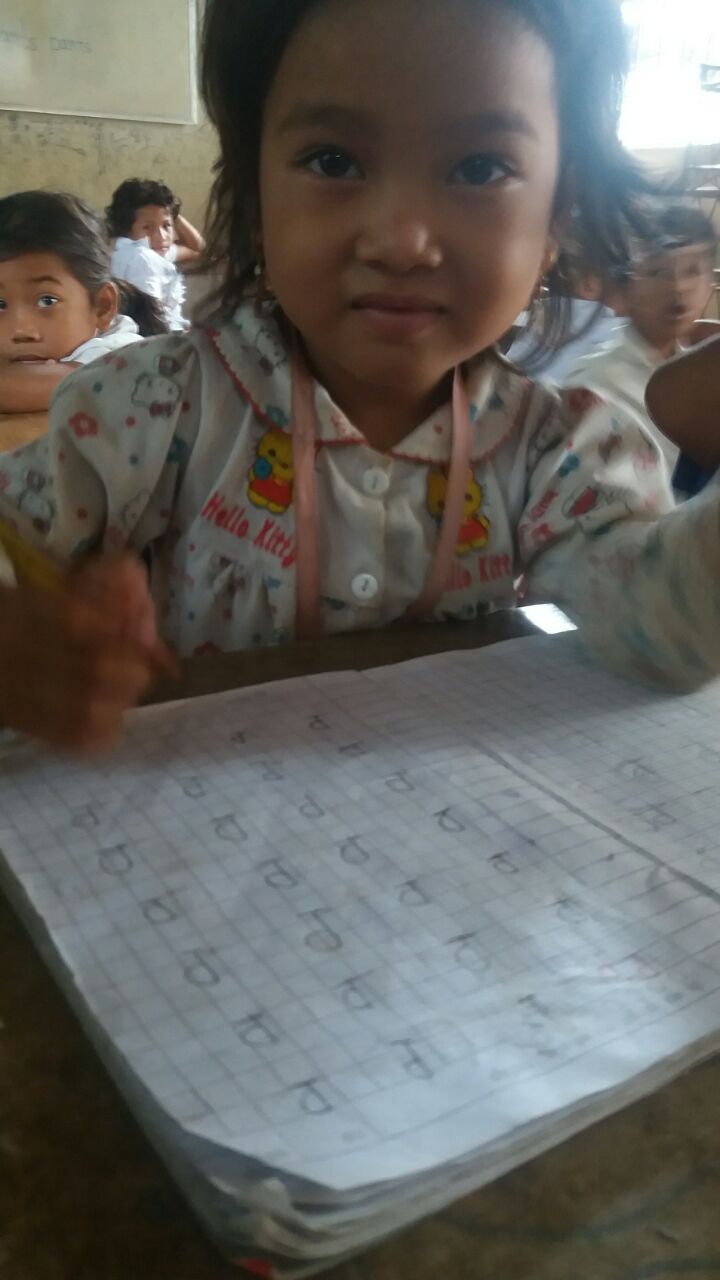 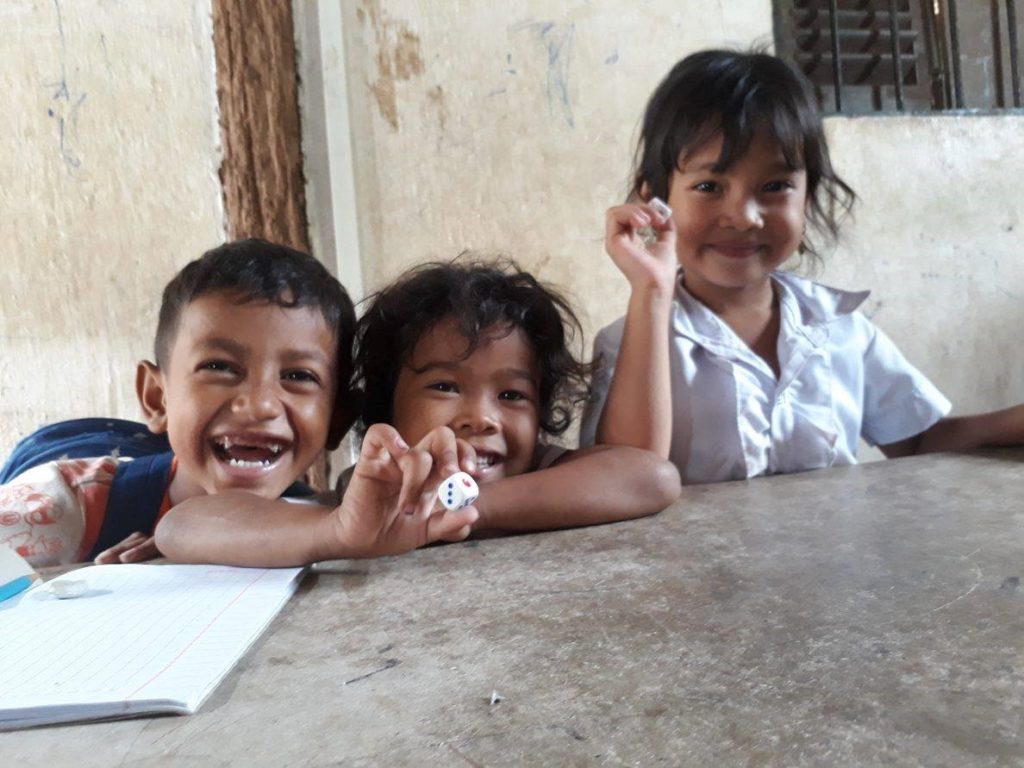 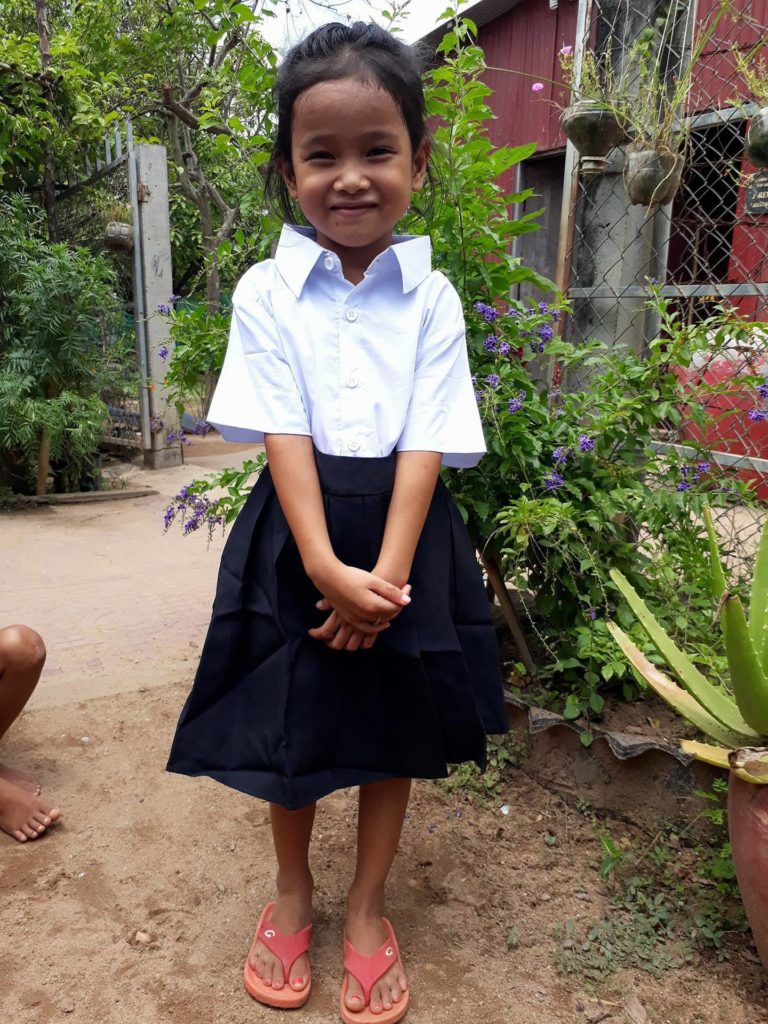 Lily just passed her English final exam and now she is in grade 1. 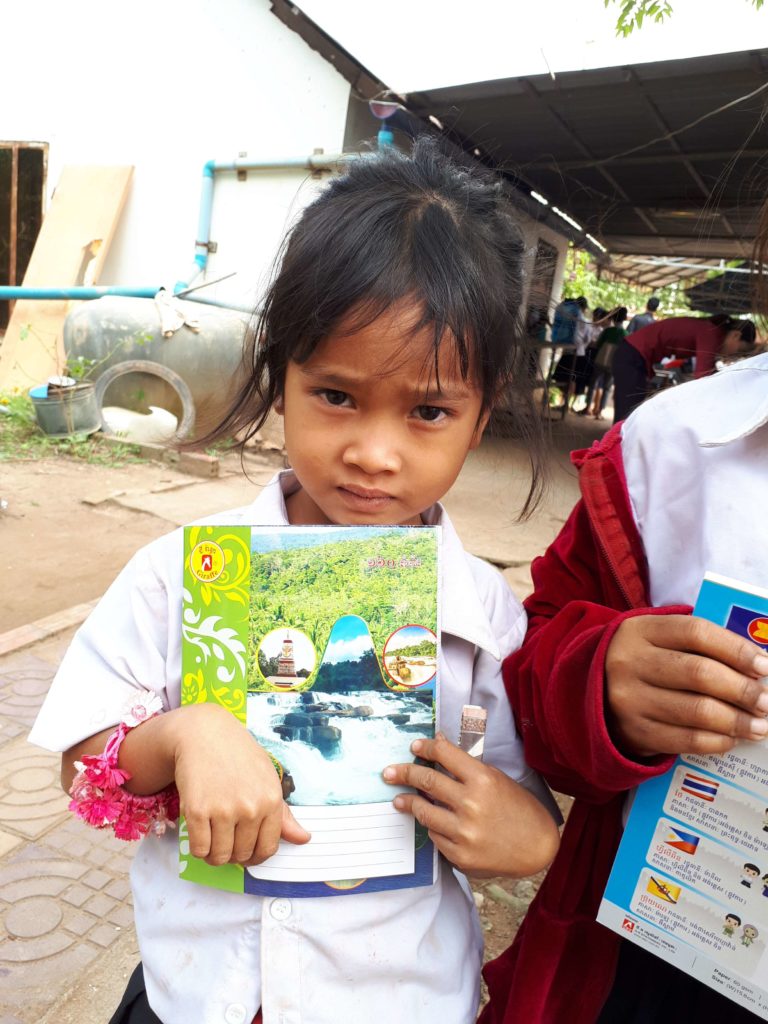 Rom Reaksmey was sponsored by Tally Edwards (Koren) from England at US$50 per month until the end of March 2016.

Neil Burns has now taken on the sponsorship of Reaksmey from the beginning of July 2016.

Reaksmey is one of the poorer students from our Cancer Man village. She is 12 years old. In her free time, she likes reading books and drawing. Her favorite sport is running. Her favorite subject is English. She always comes to Choice on the water truck. Her parents are casual construction workers. She has two sisters and one little brother. She is in grade 4 at the government school and is in grade 1 at our Centre. She really loves studying at Choice and she wants to be an English teacher at Choice in the future. 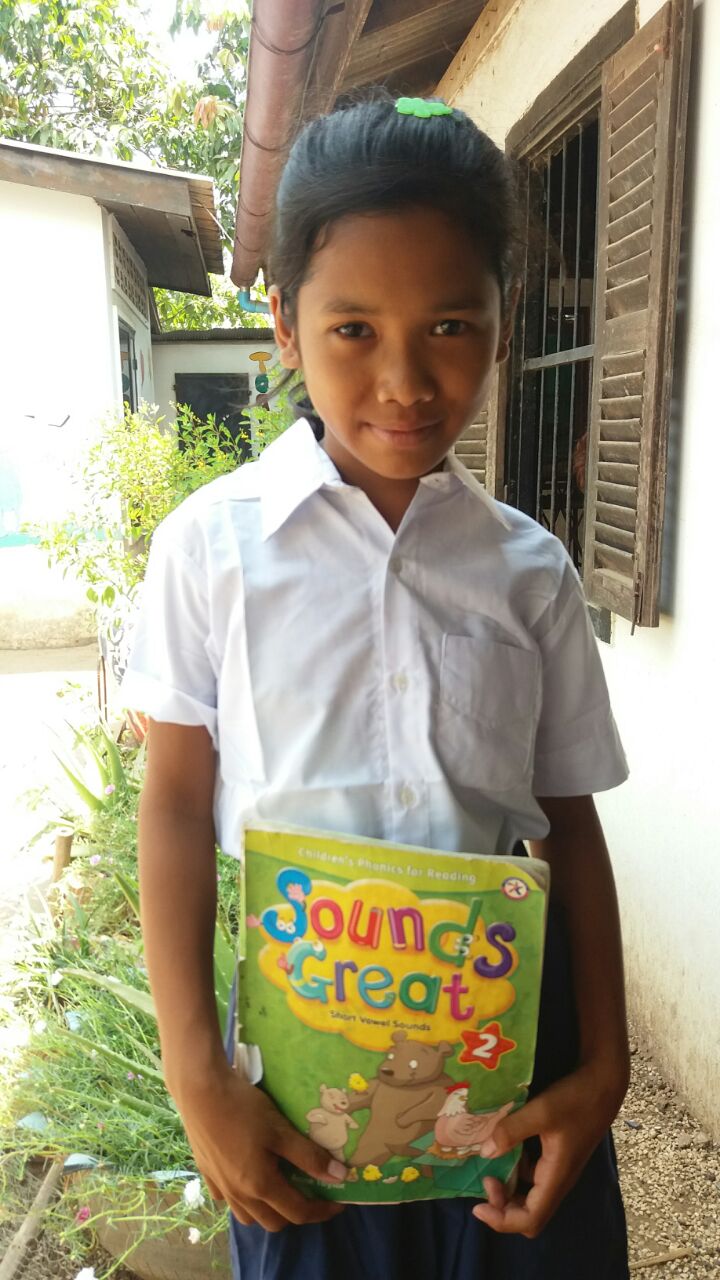 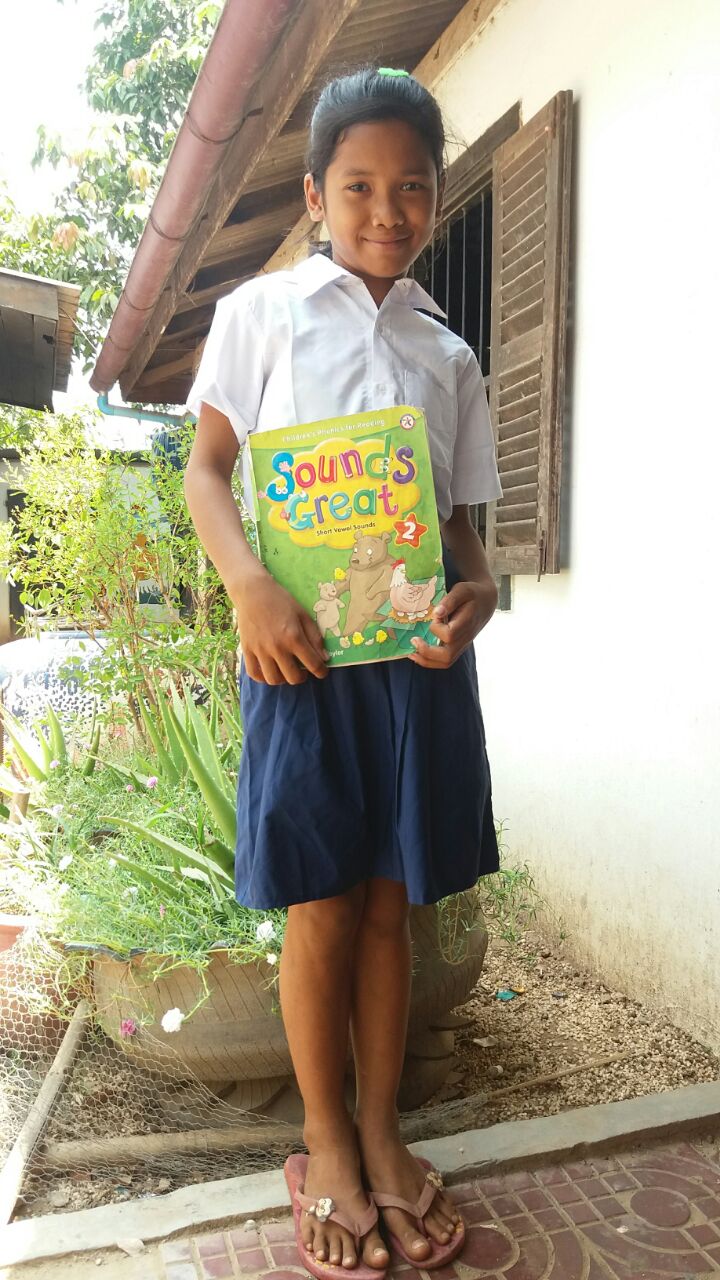 This is Reaksmey in her new school uniform that was made at the Choice centre and given to her in early May 2016.

This week the Choice students from the poor villages received a school uniform set each. This twice-yearly event is much appreciated by the students as the photo below shows.

The uniforms were made last year at the Choice centre, by the sewing ladies in the sewing room, before it was converted into a library. 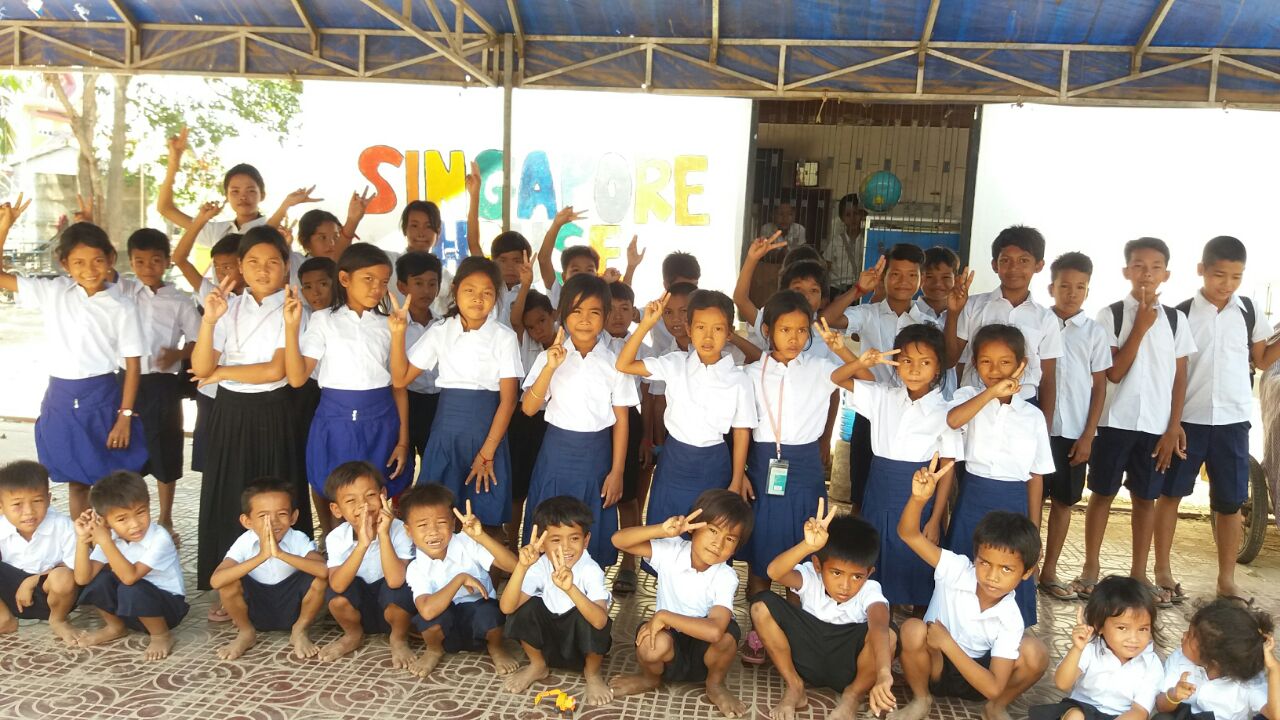