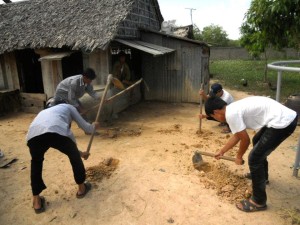 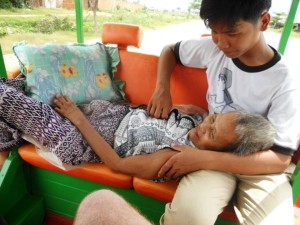 One of the saddest stories I had to write about in Cambodia was about Sokha and her family.

Sokha, once a hard worker fell off the back of a moving truck and broke her neck in two places. Having little money she could not afford an operation, she lay in agony for 10 weeks. A plea to CHOICE from a worker at Phnom Penh Post came to my attention. An operation was immediately arranged after I visited the dirt floored hut where she laid and shared with chickens. I was staggered to find that her brother Savuth was riddled with Leprosy and was unable to walk. Then there was Vetna a little girl who was so shy she always hid from myself or any volunteers that came along to help. Sokha had a son that was sixteen, Channy, he had to quit high school to care for his mum, his daily duties became feeding, dressing, bathing, cooking and toileting his mum.

Fortunately there was one family member that could work Savuth’s wife, she worked in the nearby garment factory and earned $80-$90 per month. Not enough to feed the now devastated family let alone treat the tragic medical issues that confronted them. CHOICE stepped in and has been caring for the family for two years now. Sokha is probably as good as she will ever be, still paralyzed down her right hand side and has urinary incontinence. We have arranged for Savuth to have one leg amputated the other will be removed soon, he now has one artificial leg. Having had Leprosy for about 20 years he was in a bad way, he could not close his eyes and was suffering from very bad ulcers on both legs and feet. One eye has been operated on and he can now close this, we continue to arrange medical procedures for Savuth. CHOICE provide 1 bag of rice to the family each month, Diapers and Multi Vitamins for Sokha, education support for both Channy and Vetna, school uniforms, books, transport and fees.

If that’s not bad enough they have been given a few weeks to vacate the chicken shed they call home, the owner has sold the 1 acre property to the Garment Factory nearby for US$200,000. We once thought it a good idea to employ a house keeper to relieve Channy, no one applied for fear of catching Leprosy. We thought they could move into the CHOICE Center, but fear again of Leprosy would cause parents to pull their children out of the Center. So now we need to find a rental property nearby the current hut so as not to disrupt their current schooling and work facility for the wife of Savuth. We need sponsors that will reliably commit to help this family, please help this family, they have suffered extreme illness and poverty.

Email me direct on choicecambodia@live.com or tag your Paypal Donation Sokha. Many thanks, Ross Wright. 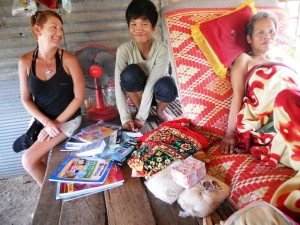 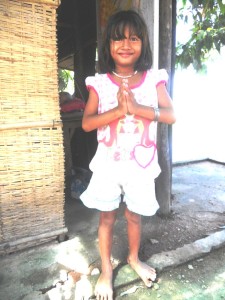 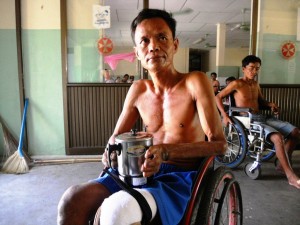 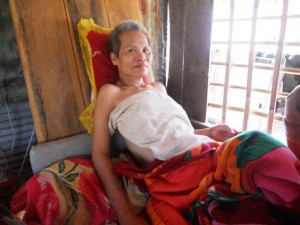 In the past we have had valued dental care for our children firstly from “Shigeta Dental Clinic” then the “Kids International” team. Their help is extremely valued by us but their work is limited to children. We often wished for having a dental facility of our own to help all the Villagers. One day recently a volunteer Guiseppe Troisi mentioned he may be able to arrange a dental chair for us. Guiseppe has contacts in Malaysia and through a friend Ravi, he arranged for the dental chair, portable scaler and portable suction unit. These were all donated by Dr. Sean Paul DMSM from “Living Well Healthcare” Malaysia. Dr. Sean paid for the chair and freight and sent a Dental Technician R. Mowindran from Entwickeln Enterprise Maylasia to install the equipment. Many many thanks to Dr. Sean Paul and Mowindran, Ravi , Guiseppe, Kasna,  Quek Sue Yian, Jasmine Haneef & Patricia Limand and all others for their help and support. The next stage is to seek out volunteer Dentists to provide short or long term dental treatment. The unit weighed 200kg. we had to lift it on and off our water truck, it was very heavy. 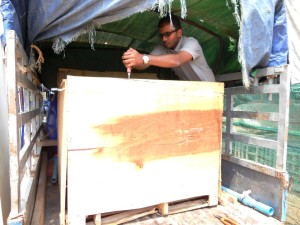 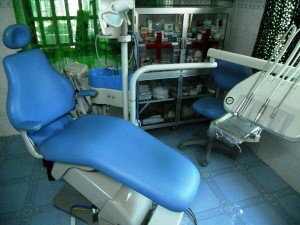 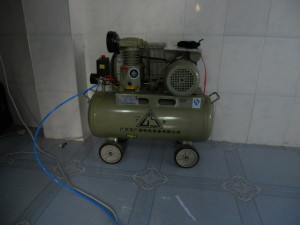 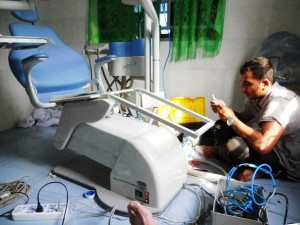