First week back and start of a new school year. Many students moving up a grade level. The kids have been very lucky with their lunches. We’ve been kindly donated on two different days this week large amounts of bakery delights from TOUS les JOURS. Enough so every kid got a large piece of something. Thanks so much TLJ. We can highly recommend this ethical company that’s both a delux bakery and coffee shop with many outlets in Phnom Penh. 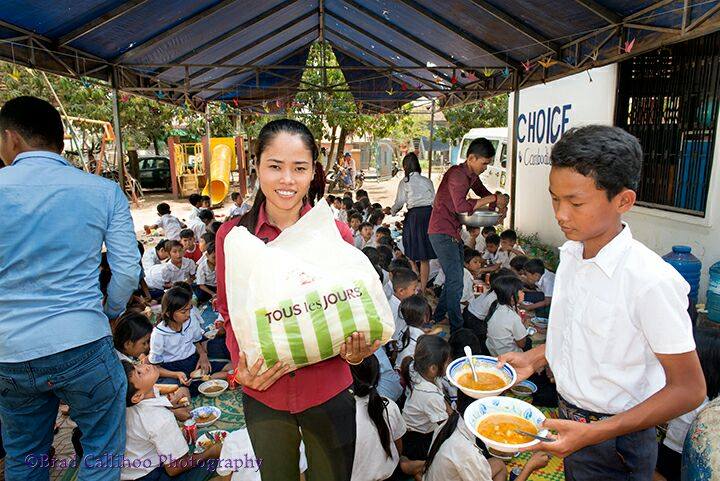 Last week saw the the 5th anniversary for the Choice Centre, during which time hundreds of local children from extremely poor families have learnt to read, write and speak English. There has also been Scholarships/Apprenticeships awarded, computer training, art and craft classes, hairdressing, sewing and gardening. To celebrate, Choice organised an extra special lunch for the children. Normally on weekdays CHOICE provide a simple lunch meal for 150 or more children, typically a meat and vegetable soup together with rice. For the anniversary, $200 was spent and that allowed for a special curry with rice and baguette bread as well as a canned drink for each child attending. Steve Murray of Georgia’s children paid half towards it, as GCW are also celebrating 5 years of association with CHOICE. The bakery Tous les Jours also kindly contributed additional breads and donuts like they have previously done. So it proved to be a very popular lunch. Ross and Vanny gave a speech to the children, reminding them what Choice does and how things operate, as well as to explain some of the major changes taking place in the early part of 2017. Most notably the loss of 3 classrooms in an adjacent property that Choice can no longer rent. 3 new replacement classrooms are soon to be built in the main Choice grounds. A container is being planned to provide temporary storage and then to be converted into a classroom. Steve Murray of Georgia’s Children, is kindly paying for the container. 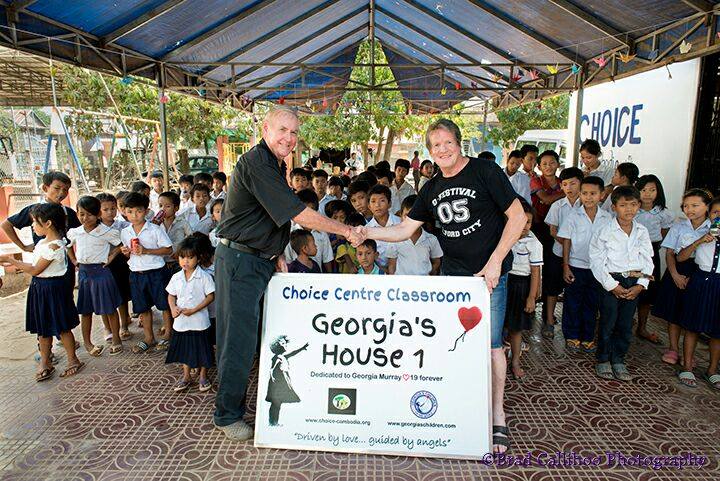